Filet – The Hollywood of Steaks! 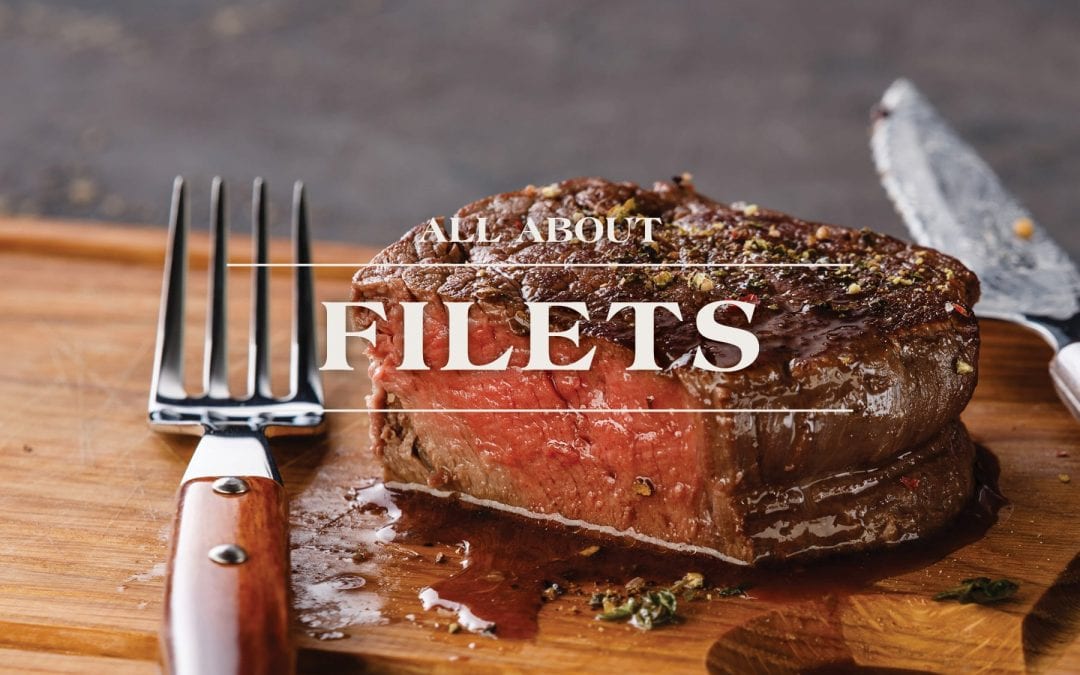 Considered by many to be the most prized cut of beef.  The Filet comes from a cut of beef called the PSMO or more commonly – tenderloin.  It is definitely the most tender cut of beef, especially after it is aged to perfection.

Things to know when preparing filet mignon include the following:

Nebraska Star Beef produces 3 different sizes of Filet: our Petite cut which is 5oz, our Classic Cut which is 8oz and our 12oz King Cut.  The variation in the different cuts is simply thickness, and each steak will require it’s own cook time – keep in mind the internal temperature of the steak will define it’s “done-ness” and while times and temps can be predicted, the only way to “know” is by using a digital meat thermometer while one is cooking.

Note*  it is common to see the word Fillet & Filet interchanged.  The common method is to use the spelling filet- when talking meat and the spelling fillet – when talking about fish.  However, its is also seen as fillet when used to describe Fillet Mignon.  So as in a lot of English language rules… there really isn’t one.