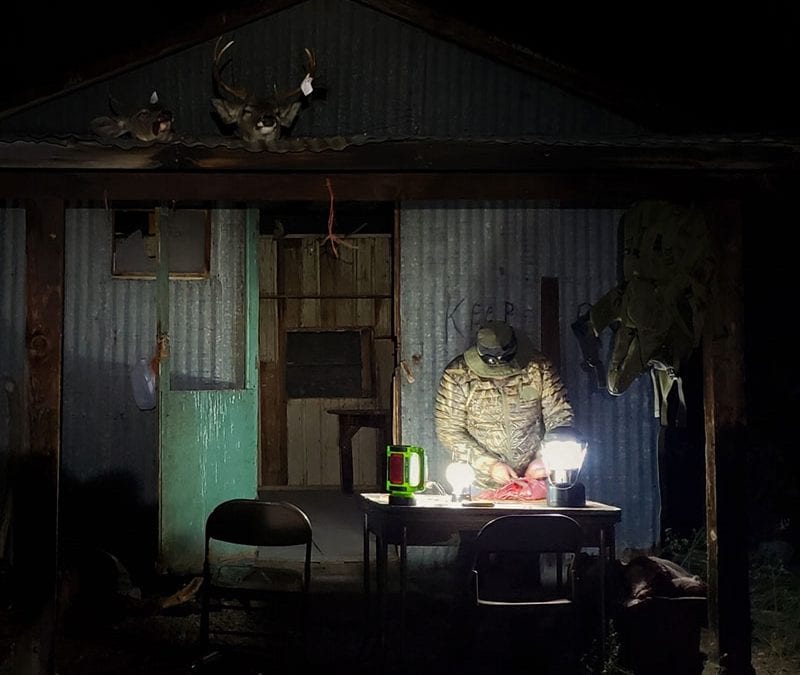 One of the most popular snack foods in the world, beef jerky, dates back centuries, if not millennia. The survival of early man depended on their being able to safely store food products without the means of very modern conveniences like refrigeration or food driers. 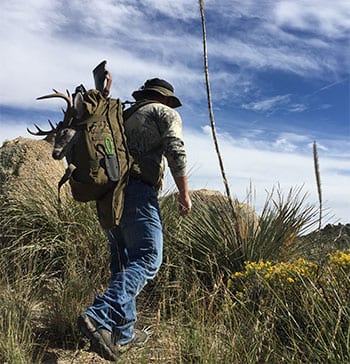 No one knows exactly how early man figured out that dried meat was safer to eat for longer periods of time than not dried meat….but imagination is sufficient…  There are two means that would have allowed early man to accomplish longer term food storage: 1. Freezing  2. Drying. Depending on the location and time of year, freezing may not have been an option. That leaves them with the single option of drying to preserve perishable food items. But how does simply “drying” preserve food? We first must look at the mechanism that facilitates food’s decomposition. It is one of the most fundamental elements on the planet. Water. Or, in the commercial food production world, it is very specifically, “active water.” Foods that have a water activity below .95 typically will not support the growth of bacteria, yeast, and/or mold. So, if foods can be effectively dried to a water activity below .95 of their ambient moisture, they tend to become very stable. How food items reach this reduction in active water is not particularly important, as long as they are dried before they are allowed to spoil.

Let’s take a deeper dive into how commercial jerky differs from different types of traditional and homemade jerky. 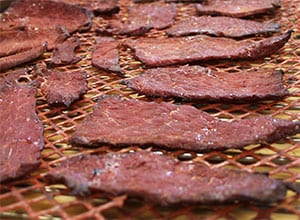 Like many processed foods, beef jerky is subject to a raft of regulations imposed by the USDA FSIS. They are created as regulations to standardize the way the food is commercially prepared for sale on the open market…and make it safer for people to consume… Things that are considered heavily in the USDA regulations are things such as acidity (pH), Water Activity (Aw), wet bulb temperature of the oven, and the finished internal temperature of the jerky. All of these items are intended to prevent things like botulism and other microscopic food-borne bugs; e coli, mold, etc, etc. that all have the ability to cause illness when consumed by humans. In the process of implementing all of these safety measures, food tends to get treated and cooked considerably more than prior, due to the technological advancements and techniques.

“Active water” is not a common term for the average snack food consumer. However, it is one of the most critical factors when it comes to creating shelf stable food. Commercial beef jerky producers refer to it as “water activity”. In scientific terms, it is a ratio of the vapor pressure of the moisture in the food, to pure water at the same ambient temperature. For example, a piece of jerky with an aW of .85 means that the vapor pressure in the jerky’s water molecules are 85% of the vapor pressure of pure water at the same temperature.

A term that should be familiar to folks who can various foods to preserve them, pH, is not one that most would think of when discussing meat snacks. It is certainly not something the majority of meat snack consumers ever consider. Creating a slightly acidic environment is another a good way to prevent all types of bugs from growing in food products. It has been a staple process in canning food for decades, if not longer. In commercial beef snack production, it’s very common as well, but typically only in “ground and formed” type products like beef sticks and sausages.

In modern, commercial beef jerky production, jerky is slow cooked in specially built smokehouses that control not only heat and smoke, but also humidity. By adding humidity to the cook cycle, heating of the product is more thorough and the drying process is actually sped up because the humidity creates a more penetrating heat which kills microorganisms better than dry heat. Modern ovens also measure temperature utilizing “wet bulb” temperature, which accounts for the insulative characteristics of the moisture that exists in the meat.

Now, let’s take a look at traditional and DIY jerky: 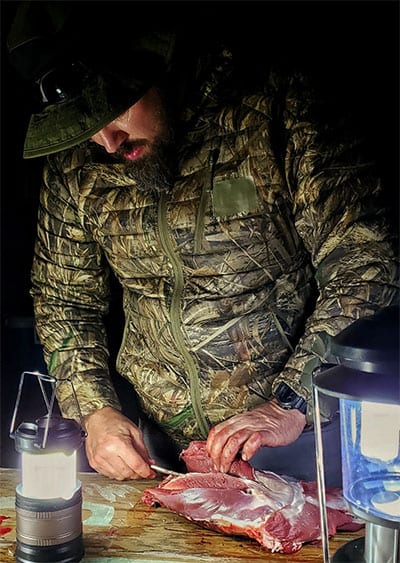 Historically speaking, drying jerky…is a lot like drying laundry – there are many different ways to dry it – it just needs to get dry. Many primitive cultures across the world dried (and still dry) meat in the sunlight, or a combination of sunlight, breeze, and smoke. The smoke would help to keep insects off the meat while it dried and the additional heat of the fire would help speed drying. Indigenous tribes in Africa still dry meat in this fashion and it’s sold far and wide as a source of revenue and as a delicious regional delicacy called “biltong.” If you’ve ever had the real thing, the jerky that some folks market domestically as biltong doesn’t come close.

There are some very definite advantages to making jerky at home. The first is taste. The cook has 100% of the control over the flavor when jerky is made at home. Looking at this topic from a perspective developed from a reasonable amount of experience in both commercial cooking operations and making jerky at home; it can all be condensed down to one really big difference. Control. From the consistency of the thickness of the slices of meat, to the temperature control of most home ovens, there is just much more variation when making jerky outside of an industrialized setting. Additionally, on the control front, most home jerky makers don’t have the ability to test water activity or pH of their jerky to ensure that it has been cooked to a point where it is unlikely to spoil at room temperature.

The ability to control the entire process will always be the biggest difference between commercial jerky production and the home jerky maker.

So, what are some things that DIY jerky makers can do to elevate their jerky game? Read on to find out…

Jerky comes from the simplest roots based on the fundamental human need to preserve food to sustain life. Technology has helped to make it a safer food item than it started out. That said, making jerky at home is simple and should not be overlooked from both the enjoyment and food preservation perspectives. There is much joy to be realized in making a batch of jerky that perfectly suits one’s personal taste. Learning how to make great jerky the old fashioned way, without tens of thousands of dollars worth of equipment, is a very satisfying and useful skill to have in one’s proverbial toolbox.